Yoko Yamamoto is a faculty member of the Department of Education at Brown University. Her research focuses on family contexts of education, including parenting, socialization, and family engagement in education and children's educational opportunities in Japan and the U.S. By integrating psychological and sociological theories, she also examines various aspects of home-school processes in relation to socioeconomic status, ethnicity, and immigrant contexts. Her first-authored theoretical paper that addressed relations between parental expectations and students' academic performance in diverse sociocultural contexts was featured by Freakonomics Radio/New York Public Radio. She also received the Erin Phelps award for her first-authored paper that examined low- and middle-SES Chinese immigrant parents' beliefs and involvement in their young children's education. Yoko received her Ph.D. in Human Development and Education from the University of California, Berkeley and postdoctoral training at Brown University. She was a 2012 Abe Fellow, a summer invited scholar in the Graduate School of Human Sciences at Osaka University in Japan from 2013 to 2019, and has served as a chair of the publicity committee for the Society for the Study of Human Development since 2014. 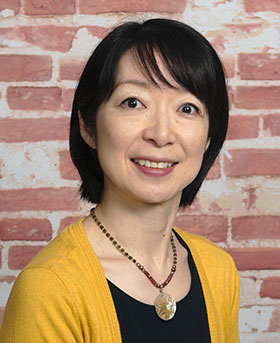