Investing in the Future: How Rhode Island Districts are Spending Federal COVID-19 Funding and Why It Matters

Two years after the start of COVID-19, Rhode Island schools continue to grapple with the effects of the pandemic, including shifting operating procedures, continued staff and student absences, and changing health mandates.

Arguably, though, enduring changes to the school system will be determined not by the challenges of pandemic schooling, but by how schools use the vast infusion of federal recovery resources. Elementary and Secondary School Emergency Relief (ESSER) funds are providing almost $200 billion nationally toward COVID-19 recovery in schools over a four-year period, nearly doubling the typical federal K-12 budget.

Rhode Island alone will receive over $645 million in ESSER. Depending on how the money gets spent, this level of funding has the potential to reshape key elements of Rhode Island’s educational system. This brief uses district plans and line-item budgets to highlight patterns in proposed district spending and to identify likely implications for the state.

Our analysis looks at planned spending for the first two waves of funding: ESSER I, released in May 2020, and ESSER II, released in January 2021. Together, these funds add up to $205 million. In future analyses, we will layer in the third and final wave of $373 million ESSER III dollars, just released in March 2022. 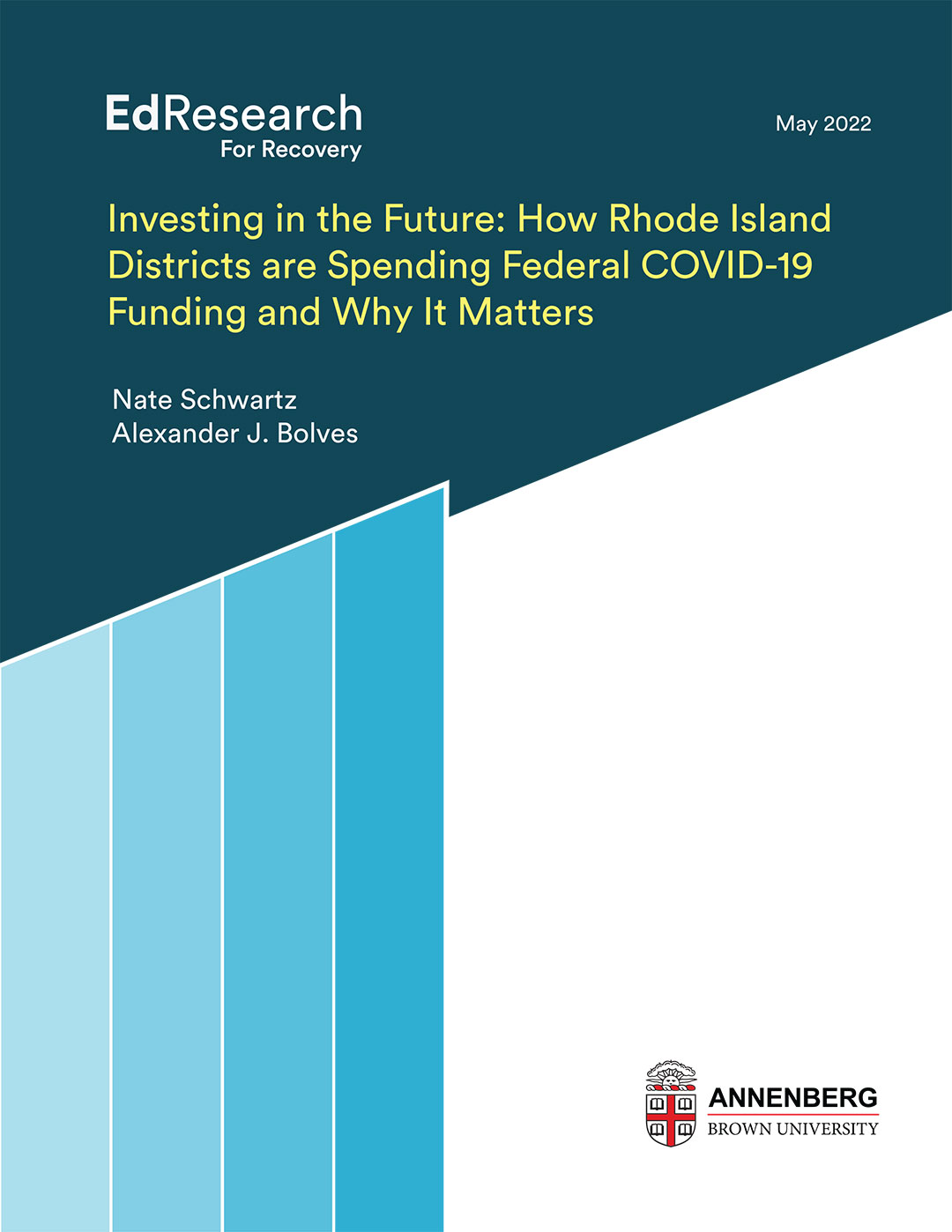